The Paradise Cove Beach Cafe is more than just a restaurant right on the beach in world famous Malibu, California. Our history reaches back for decades. We have been a popular filming location for many movies, television shows, music videos and photo shoots throughout the years. Some of the most iconic photos taken at Paradise Cove are from a particular photo shoot of the stunning Marilyn Monroe.

Our beautiful views, peaceful cove and charming pier all make for an ideal photo shoot setting. You know it is a prime location when the legendary Marilyn Monroe took advantage of this backdrop. These are several of Paradise Cove’s most iconic photos. 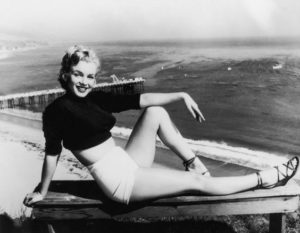 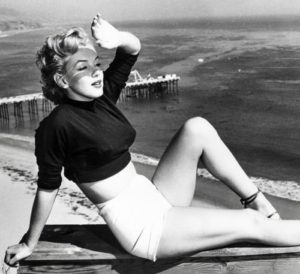 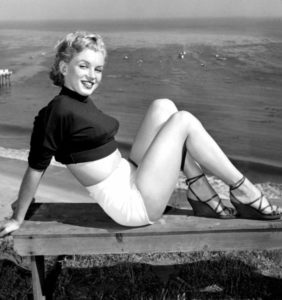 The photos above were taken in 1952 by J.R. Eyerman when Marilyn Monroe was just 26 years old. The unmistakable Paradise Cove pier in the background showcases the beautiful views this area offers.  Paradise Cove’s beautiful views attract filmmakers that use us as a common location in many movies, TV shows, music videos. You might recognize Paradise Cove in some of your favorites: 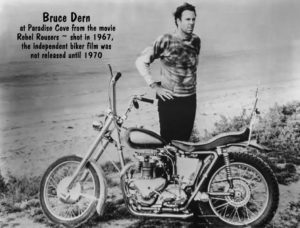 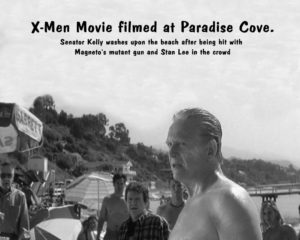 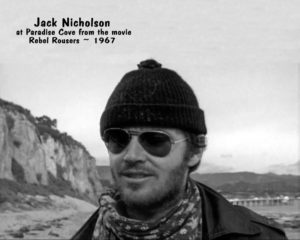 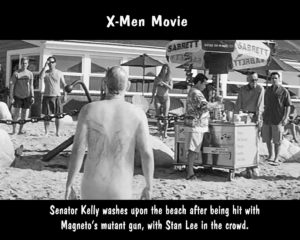 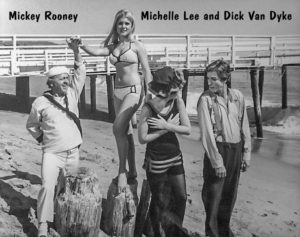 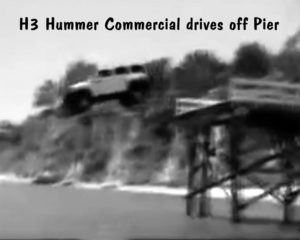 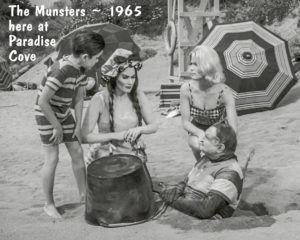 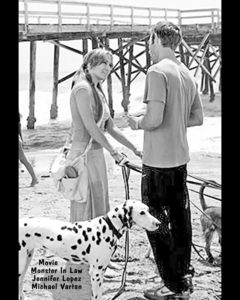 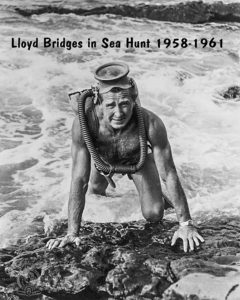 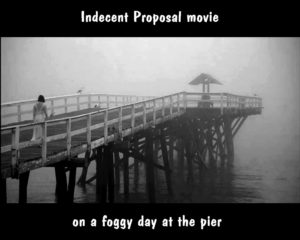 Paradise Cove has always been a magical private beach destination. Located on land that was once part of the Spanish land grant, it was the beach home of the Chumash Indian tribe and is the final resting place of many of their ancestors. Many of the founding fathers of California’s Chinese community were smuggled ashore here in the late 1800’s when it was known as Smugglers Cove. As time went by Paradise Cove became part of the Marblehead Land Company which was owned by the Rindge family. They got into a fight with the state of California who wanted to construct the Southern Pacific Railroad right through their property. In order to stop the railroad from coming through their land, the Rindge family built their own private railroad through the property to keep the big company out. There were 15 miles of tracks called the Hueneme, Malibu and Port Los Angeles Railway. For a time this railway was primarily used to transport hides and grains from the Rindge ranch operations to their private pier which is now the Malibu Pier. The Rindge family was later caught up in a bitter battle to fight the construction of the Pacific Coast Highway as it is known today. Sometime in the 1940’s, in order to defray the huge costs of her fight with the railroad and the state, the Rindge family sold parcels of land in a subdivision. The Paradise Cove lower section was purchased by Frank Wilson and Al Camp. They built a Club House which became the Sandcastle and now the Paradise Cove Beach Cafe. Further plans were halted by WWII and they sold to Bill Swanson in 1945.   From Here to There and Back Again So the saying goes… “What comes around, goes around.” Some fifty odd years ago, the Morris family owned Paradise Cove. Bob Morris’ father, Joe Morris, assembled about 70 acres, paying from $3,500 to $ 25,000 an acre. He first bought 30 acres adjoining the cove from Fred Roberts and subsequently bought the adjoining 40 acres from Bill Swanson assembling the Cove in the configuration that it is today. During the late 50’s and early 60’s, Malibu was a kick back beach community. A time when Beach Blanket Bingo, Gidget, and the television shows Sea Hunt and Malibu Run were filmed at the cove. In those days the Cove was a truly fishy place, hundreds of fisherman turned up each day; either launching of renting boats, fishing form one of the live bait boats or from the barge moored out in front. Bob Morris and his brothers really had “fun in the sun” in those days and then their dad, Papa Joe, did a dirty trick and sold Paradise Cove to the Kissel family. With broken hearts the Morris boys were forced to go out and get real jobs. Bryant Morris went on to build destination waterfront villages: Fisherman’s Village in Marina del Rey, Shoreline Village in Long Beach and Seaport Village in San Diego. Bryant now lives in Napa Valley. Bob Morris went on to create and build a number of restaurants in the area – Gladstone’s Malibu, The Jetty, RJ’s the Rib Joint, Malibu Sea Lion and a few others, some of which he may not wish to remember…… In October 1996, a wonderful event happened when Bob and Kerry Morris’ son, Timothy was born. Back then Bob decided that it would be a good time to return to Malibu and raise Tim in the environment that he was raised in - back in the beach. So the Paradise Cove Beach Cafe opened it’s doors in 1998. These days Tim, Melanie, Robert, Sam, Max and Charlie all have “fun in the sun”; fishing on the pier, surfing or hanging out on the beach. Tim has now joined the family business and is part of the management team. The Paradise Cove Beach Cafe is the culmination of everything that Bob Morris has learned in the restaurant business to create the ultimate California Beach restaurant. So here you will find the Morris family and the next generation having come full circle – “Back at the Beach”. So bring your family and come on down.

Our restaurant features photos and artifacts of Paradise Cove history throughout the years. So come and visit us at Paradise Cove Beach Cafe for the ultimate California beach experience. After all, not many people can say they hung out, ate, and took photos at the exact same place Marilyn Monroe did at 26 years old.
Translate »
Reservations